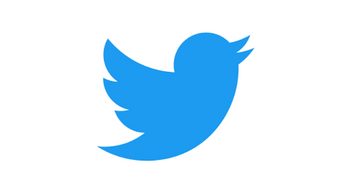 MCLEAN, VA – The American Association of Political Consultants (AAPC) applauds Twitter’s decision
to allow cause-based ads and the return of political advertising on the platform. Social media platforms
are a critical means for campaigns to reach a broad audience of voters, especially young and diverse
audiences who may not access traditional forms of media.

“Twitter’s plans to reinstate cause-based advertising on its platform is a major win for the democratic
process and the ability for campaigns to inform voters about issues they care about,” said Becki Donatelli,
Republican consultant and President of AAPC.

AAPC also applauds Twitter for stating their advertising policy will align with that of TV and other
media outlets.

AAPC believes that suppression of political advertising ultimately reduces the ability of people to
participate and learn about the democratic process – including the candidates, and political organizations,
and policy issues that matter to them. Suppressing advertising is restricting free speech and an official
campaign&#39;s ability to reach a broad community online.

AAPC stands ready to work with all media partners to develop strong policies to uncover and stop
misinformation while protecting free speech for campaigns and issue advocacy efforts.

About AAPC
Founded in 1969, the AAPC is a multi-partisan organization of political and public affairs professionals
dedicated to improving democracy. The AAPC has over 1,600 members hailing from all corners of the
globe. It is the largest association of political and public affairs professionals in the world. The AAPC
Foundation supports efforts to protect free speech, defend democracy, and prepare the next generation of
political consultants to thrive. For more information, see www.theaapc.org.