AAPC is committed to promoting ethical standards for our industry and takes on the big battles when necessary to advance and protect political free speech, the first and foundational principle of American democracy..

When an issue or policy arises that negatively impacts the ability of our member firms to engage in the democratic process, the AAPC Board of Directors develops strategies, on a bipartisan basis, to advocate on behalf of our members. This includes issuing policy statements, promoting standards of practice, establishing task forces to engage stakeholders and waging legal challenges. AAPC’s efforts have even reached the U.S. Supreme Court.

As a member of AAPC, you have access to state legislative and regulatory tracking across all 50 states.

AAPC Board of Directors Declaration Regarding “Push Polling”

On May 23, 1996 the American Association of Political Consultants (AAPC) received a letter signed by thirty-one of the nation’s top public opinion pollsters condemning the increasingly common practice of “push-polling,” where phone calls aimed at voter persuasion are dishonestly presented as surveys of public opinion. The AAPC board joined the pollsters in condemning this practice as a clear violation of the AAPC’s Code of Ethics and a degradation of the political process.

The AAPC’s Ethics Committee addressed this issue in December of 1995, agreeing unanimously that so-called “push-polls” violate the AAPC’s stricture against “any activity which would corrupt or degrade the practice of political campaigning.” To the extent that practitioners of the “push-poll” ruse convey inaccurate information about an election opponent, they also violate the AAPC’s stricture against false and misleading attacks.

The AAPC board notes that so-called “push-polls” are not really polls at all. In their letter, the bipartisan group of survey researchers drew the distinction correctly, as follows:

The AAPC Board urges the news media and the public to take note of these distinctions and to refrain from characterizing persuasion or advocacy phone calling as “polling.” These two campaign services are totally different and should not be confused with each other.

The AAPC acknowledges, of course, that voter persuasion by telephone is a perfectly legitimate campaign practice. What we condemn is advocacy phone calling that:

At the AAPC, we respect the right to privacy and believe individuals should have control over how their personal information is used. We believe it is our responsibility to set best practices for our members related to data privacy, security, and ethics. It is essential to understand the data we collect, where it is stored, how it is used, and how it is protected. The AAPC is committed to providing the resources and education necessary to help our members establish transparent data privacy policies and data protection procedures. We encourage our members to determine which regulations apply to their businesses and to be in compliance with all state and federal regulations. We support well-defined privacy regulations and the ability to penalize companies acting in bad faith who repeatedly violate state and federal laws.

Data Privacy and Compliance Guiding Principles
At the AAPC, we encourage our members who are originators of data to:
• Establish Transparent Data Privacy Policies and Data Protection Procedures
• Respect the right of individuals to remove their names from private companies’ communications and marketing campaigns.
• De-identify personal information whenever possible.
• Store any PII in a hardened, privacy protected environment.
• Only share files with other parties through a secure file transfer, such as an Amazon s3 bucket or a SFTP.
• Follow data security best practices including two-factor authentication when accessing files that may have personal information.
• Notify processors of data with whom you work of any required name removals.
• Have an incident response plan for breaches to personal data.
• Keep Proper Compliance Documentation and maintain Proof of Compliance.

At the AAPC, we encourage our members who are processors of data to:
• Establish Transparent Data Privacy Policies and Data Protection Procedures.
• Respect the right of individuals to remove their names from private companies’ communications and marketing campaigns.
• Comply with requests by originators to remove personal information in a timely manner.
• Delete all files as soon as their use has expired, or a newer version of the data is sent.
• Only accept files via a secure file transfer.

AAPC believes that suppression of political advertising reduces the ability of people to participate and learn about the democratic process – including the candidates, political organizations and policy issues that matter to them. Suppressing advertising is restricting free speech and an official campaign’s ability to reach a broad community online. Blanket political ad bans on digital platforms gag legitimate, fully disclosed campaign and policy advertising by lawful candidates and organizations, while doing little to crack down on anonymous accounts devoted to spreading inflammatory and false information.

In addition, allowing people to mute legitimate campaign advertising to avoid the noise of presidential or statewide campaigns, also prevents people from learning about the democratic process and critical issues that affect their everyday lives. With the decline of local journalism, people may never hear the arguments from competing political candidates and causes if they opt out. Small, local campaigns with budgets of only a few thousand dollars are the ones that are hurt the most when people “mute” campaigns. Muting campaign advertising infringes on the kind of dialogue most needed in a democracy, and keeps people separated from issues and their political representatives.

A Television spot or Direct Mail piece that criticizes an opponent should have a responsible citation in the body of the piece that leads any interested person to find the proof of the claim without an excessive burden. All other advertising should have documentation easily accessible to voters. This may include direction to a public website with information and documentation.

Television and Direct Mail pieces that do not meet this standard will be disqualified for Pollie Award consideration. All other Pollie entries of advertisements and/or political communications such as radio spots, recorded phone calls, and other communications mediums shall be fully documented. 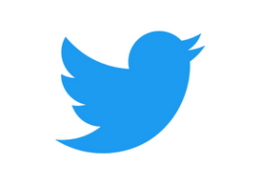 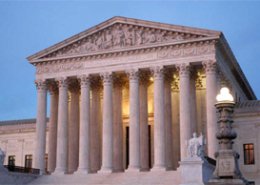 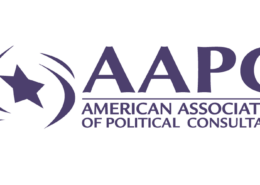