Arthur Hackney has 35 years experience as a general and media consultant for political, government affairs and corporate clients.

As a hands-on political advisor, Art has handled all aspects of political campaign strategy, management and media for hundreds of candidates, ballot measures and public affairs campaigns. He specializes in strategic campaign media design and production and personally continues to write all ad copy. Art has served as President of the eight companies he has been a part of over the past three decades. From 2001 through 2004, Art was President of Edmonds Hackney & Associates in Washington, DC and he is currently CEO of Hackney & Hackney, Inc. in Anchorage, Alaska. Art’s political involvement has ranged from municipal to Presidential, and public affairs and corporate clients have included energy, banking, transportation, telecommunications, health service, timber and tourism.

2008 clients include the three largest campaigns in Alaska history: the reelection campaigns of U.S. Ted Stevens and Congressman Don Young, two of the longest serving Republicans in Congress – and whose campaigns Hackney has worked on for 26 years – and the controversial Pebble Mine issue, which has garnered international attention and will be fought through two ballot initiatives, legislative bills and in the hearts and minds of outdoor enthusiasts worldwide. Corporate clients include ENSTAR Natural Gas Company and Northrim Bank.

Hackney’s media work has won an unprecedented number of awards for creative work for a small consulting firm. In 1993/94 he won 35 Silver Microphone Awards, more than any single entrant in the competition’s history, then another 29 the following cycle. He has also won 15 Telly awards, 40 Pollie awards and over 100 Advertising Federation awards.

Besides AAPC, Art has served on the boards of numerous industry and charitable organizations, including two years on the President’s Advisory Committee on the Arts for Kennedy Center. He is a frequent columnist and speaker and has appeared on radio and TV programs across the country. 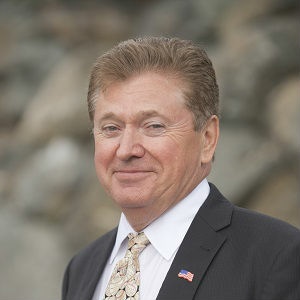