Named as one of Capitol Weekly’s “Top 100” of Capitol influencers, Beth has more than 30 years of experience in political and public policy arenas in both Washington, D.C., and California. She is one of the most respected communications professionals in the state and has served as a counselor to governors, statewide elected officials, members of Congress and numerous other federal and state government officials and political party leaders.

As a communications strategist to some of the state’s largest business interests, companies and associations, Beth has played a pivotal role in executing successful public affairs and ballot measure campaigns over the last decade, including highly contentious issues involving the oil, tobacco, alcohol and chemical industries.

She has served as Chief Assistant Secretary of State for then-Secretary of State Bill Jones, Deputy Communications Director and Press Secretary for former Governor Pete Wilson and worked in President George H.W. Bush’s Administration as press secretary for the National Energy Strategy at the U.S. Department of Energy.  She also served as communications director and press secretary for former U.S. Representative Virginia Smith on Capitol Hill.

Beth is a member of the Board of Directors of the American Association of Political Consultants. 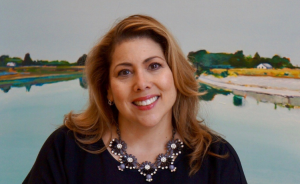