Betsy Ankney is a political operative with over a decade of experience on tough campaigns. She has been involved in campaigns at the state and local level and has played a role in some of the biggest upsets in Republican politics.

Ankney managed the successful reelection of Wisconsin Senator Ron Johnson in one of the toughest races and biggest upsets of the 2016 cycle. She helped take the race from a double-digit deficit to a victory of 100,000 votes, outperforming the top of the ticket. For her work on Ron Johnson’s race, Ankney was named “Campaign Manager of the Year” by the American Association of Political Consultants for 2016.

In 2018, Ankney took on another tough race: Governor Bruce Rauner’s reelection campaign in Illinois. She successfully navigated a primary challenge from a well-funded insurgent candidate. She managed a budget of $75 million and a staff of 90 and oversaw the largest field organization in Illinois history, with over 11 million voter contacts made.

Ankney served as the Political Director of the National Republican Senatorial Committee for the 2020 cycle. She advised senate campaigns across the country, working directly with candidates and their campaigns on budgets, messaging, and fundraising.

She is currently the Executive Director of Ambassador Nikki Haley’s Stand for America PAC.

She is from Toledo, Ohio and attended Vanderbilt University. 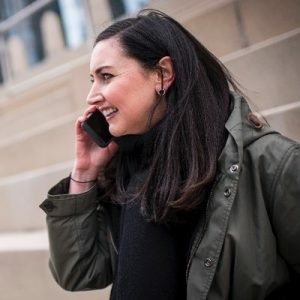