Jefrey Pollock is Founding Partner and President of Global Strategy Group, LLC (GSG). Since its inception, Jefrey has helped build GSG into a premier strategic research and consulting company that the 2014 Holmes Report named Public Affairs Agency of the Year (Americas). Jefrey was twice awarded “Pollster of the Year” (2015, 2011) by his peers in the bi-partisan American Association of Political Consultants and has been included in the prestigious Crain’s NY Business “40 under 40”. Most recently, Jefrey was named as one of the most powerful people in New York City politics for City & State’s NYC POWER 100.

Jefrey was part of the research and strategy team for former President of the Dominican Republic Leonel Fernández and formerly worked for Governor Pedro Rossello of Puerto Rico. In addition, he has provided research services for campaigns in international locations such as Mexico, Venezuela, Colombia and Kazakhstan.

Jefrey has conducted issue advocacy research, brand analysis and attitudinal studies for Comcast, Harvard University, the Ford Motor Company, the Bill and Melinda Gates Foundation, Goldman Sachs, Facebook, FedEx, Starwood Hotels, Share Our Strength, The University of Pennsylvania, and New York magazine. Jefrey helped the New York Yankees create their very own cable channel, the YES Network, in one of the toughest media markets in the world despite a daunting timeline of just three months.

Jefrey appears on numerous television programs as a political pundit for CNN, MSNBC, and the FOX News Channel. An accomplished author and editorialist, Jefrey’s writings have appeared on the AP wire, Philadelphia Inquirer, New York Newsday, Campaigns & Elections magazine, the Polling Report, and msnbc.com. He also has served as the moderator for focus groups with voters for ABC’s This Week. And Jefrey has testified before the United States House Ways and Means Committee to discuss American public opinion on tax reform.

Jefrey served as an Instructor of Public Policy and Administration at Columbia University’s School of International and Public Affairs for over 15 years. He has guest lectured at the United States Military Academy, Harvard University, Georgetown University, the George Washington University, and the University of Pennsylvania.

Jefrey is on the national board of the American Association of Political Consultants. He has most recently been named a member of the prestigious Council on Foreign Relations. He is also a proud member of the Screen Actors Guild SAG/AFTRA having appeared in two major motion pictures (“The Place Beyond the Pines” and “Non-Stop”). 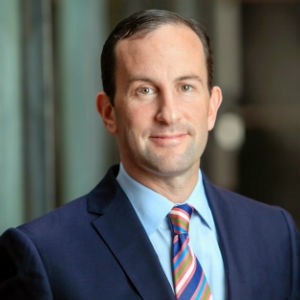