Just days after completing his studies at George Washington University, Mark was on the ballot in Pennsylvania, ousting an incumbent state House member in the primary and standing for election at the age of 22. Mark Harris went on to become one of the most sought-after consultants in Pennsylvania, guiding big and small campaigns across the nation, including Marco Rubio’s super PAC and U.S. Sen. Pat Toomey’s reelection victory in Pennsylvania – the most expensive Senate race in U.S. history at the time.

In 2011, Mark co-founded ColdSpark in his native Pittsburgh, where he presides over a growing cast of office characters. Mark is a numbers-driven political analyst, who can be seen burning the midnight oil pouring over the latest poll numbers. When he’s not hopelessly rooting for his Pittsburgh Pirates, Mark is a national strategist, ad maker, and grassroots expert.

Mark lives in Mt. Lebanon with his wife, Krista, and their four children, Abigail, Davin, Clare, and Lucy. 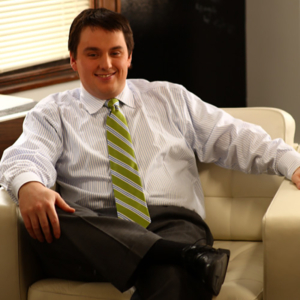