Mark Mellman is one of the nation’s leading public opinion researchers and communication strategists. He is CEO of The Mellman Group, a polling and consulting firm whose clients include leading political figures, Fortune 500 companies, and some of the nation’s most important public interest groups. Mellman has helped guide the campaigns of some sixteen U.S. Senators, eight Governors and over two dozen Members of Congress, as well as numerous state and local officials.

The Mellman Group counts among its clients the Majority Leaders of both the U.S. House and Senate (Leader Harry Reid, Leader Steny Hoyer). The firm has picked up a Republican seat every election cycle for the 25 years Mellman has been in business and is the only major Democratic polling firm never to have lost an incumbent reelection for Senate or Governor. In addition to Leader Reid, Senate clients include Maria Cantwell, Dan Akaka, Barbara Boxer, Carl Levin, and Mary Landrieu. Gubernatorial clients include Jon Corzine, Jennifer Granholm and Jim Doyle.

As a consultant to the Democratic Congressional Leadership, Mellman plays a central role in developing Democratic strategies on a variety of issues. Newsweek credits his work on the environment with helping “turn Bill Clinton green.” The Economist has recognized him as the advisor who was the brains behind the Democrats’ successful “Mediscare” strategy. The firm’s string of upset victories has led the Boston Globe to call The Mellman Group Washington’s “hottest” political consulting firm, and the New Republic describes Mellman as “a leading Democratic technologist.” Capitol Hill’s newspaper, Roll Call, named Mellman one of the most influential people in Washington when it comes to electing candidates to Congress. The Mellman Group was also the only Democratic firm to handle two of the Washington Post’s ten best incumbent campaigns. In 2006, the National Journal named Mellman its “Top Insider” for providing the most accurate predictions of the 2006 election cycle.

The firm also has a track record of success in numerous initiative campaigns, helping to defeat both California Proposition 226 (the anti-labor union dues initiative) and Proposition 38, the California School Voucher initiative and Governor Schwarzenegger’s proposals in 2005 as well as pass tobacco control initiatives, tax and bond in some 15 states. In the international sphere, Mellman has worked with a wide range of political and corporate clients in countries around the globe, including Great Britain, Israel, Costa Rica, Uruguay, and the Republic of Georgia, as well as the successful election of President Cesar Gaviria in Columbia.

Respected entities also turn to Mellman for his objective, unvarnished analysis of public opinion. The U.S. Departments of Justice (under President Bush), State and Labor have all turned to The Mellman Group for critical studies, as has the World Bank. In addition, Mellman works with some of the nation’s most important public interest organizations ranging from the American Cancer Society to the AFL-CIO, the Leadership Conference on Civil Rights, the National Environmental Trust, and the League of Women Voters.

Mellman’s corporate clients include Intuit (the makers of Quicken), AT&T, Coca Cola, and United Airlines. His groundbreaking research has helped define how nonprofits and businesses can use the Internet for online communications, organizing, and fundraising.

Mellman received his undergraduate degree from Princeton, and graduate degrees from Yale University, where he taught in the Political Science department. He has served as a consultant on politics to CBS News, a presidential debate analyst for PBS, and on the faculty of The George Washington University’s Graduate School of Political Management. Mellman’s op-eds have appeared in the Washington Post and The Los Angeles Times, among other leading papers and he writes a weekly column for The Hill, the newspaper for and about Congress.

In 2008 Mark Mellman was the recipient of the AAPC Special Board Award for Pollster of the Year. 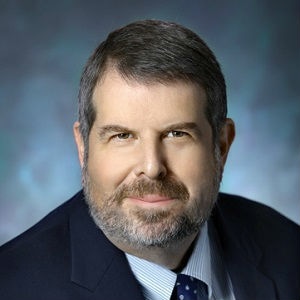