Nancy Todd is a political consultant and president of Nancy Todd, Inc., an international strategic consulting firm based in Sarasota, FL. Todd’s specialty is controversial issues which have occurred worldwide over the last 30 years. These have specifically been in the gaming industry and the MMJ industry. Todd is credited with being responsible for the proliferation of casinos in the United States (1991-2000) and the world (2000-present) and for fighting tirelessly to open laws which allow the medicinal purposes of marijuana to be decriminalized.

Todd cut her political teeth in Louisiana where she attended LSU law school and volunteered in political campaigns. She started with Matt Reese in 1979, where Todd was recruited from law school in order to learn campaigns from the man considered to be the “father of political consulting.” Since then, Todd has been a consultant to over l96 campaigns in 42 states and six countries, with a winning record of 98 percent.

Considered a leading expert in Initiative and Referendum campaigns, Todd has made a career out of applying the politics to hostile takeovers and mergers and acquisitions. In the late 90’s she completed a successful hostile takeover of a rural electric cooperative in Louisiana, the first such takeover in the country.

President of the International Association of Political Consultants, the first woman to follow 22 men over 47 years, and now Past President and Chairman of the American Association of Political Consultants, Todd was inducted into the prestigious Hall of Fame of the AAPC in March, 2008, the first such woman to be so honored. Her articles and commentary have appeared nationally in newspapers and professional publications.

Todd is a frequent speaker around the world and college campuses. Inspiring youth holds a strong passion for her. In October, 2015 Todd was selected to be on a team of 12 of international consultants who monitored the elections in the Ukraine.

Nancy Todd, Inc. specializes in controversial issues with special emphasis on promoting integrity and responsibility among all involved parties. Her success rate for assisting clients deemed “Davids” to defeat “Goliaths” is legendary. Her corporate site can be viewed at www.NancyTodd.com. 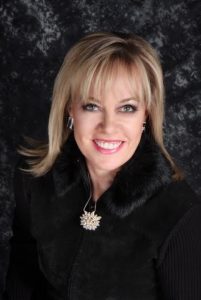