Rick Ridder is President and Co-Founder of RBI Strategies and Research. A former presidential campaign manager and a senior consultant for seven other presidential campaigns, Rick has consulted for numerous U.S. Congressional, gubernatorial, and state and local initiative campaigns. Internationally, he has worked in over 23 nations including the successful campaigns of seven heads of state. Rick has also been recognized with the “Award of Achievement” from the Gleitsman Foundation “in recognition of commitment and leadership initiating social change.” He is the author of the award winning book Looking for Votes in All the Wrong Places.

He has written for “Salon.com,” “Campaigns and Elections,” “Australian Financial Review, “RealClearPolitics” and “The Denver Post.”  Internationally, Rick has been profiled in publications in Denmark, Greece, Portugal, and the UK. He has appeared on all major US networks, “The Daily Show”, the BBC, Australian Broadcasting, and a number of other foreign broadcast networks.

Rick holds a B.A. from Middlebury College, a M.S. from Boston University, and is an Adjunct Professor at the University of Denver’s Korbel School of International Studies. 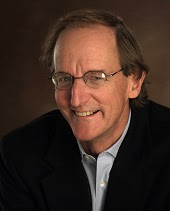