Taryn Rosenkranz is a pioneer in creating successful digital political fundraising techniques and programs to reach American voters. She is the founder and chief executive officer of New Blue Interactive, which has become a powerhouse firm in the last three years, providing digital strategy services to large organizations and party committees including the Democratic Congressional Campaign Committee (DCCC), House Majority PAC and also national groups like the Natural Resources Defense Council. In addition, her clients include Governors, Senators & Congressional leadership and members as well as challengers from everything from mayoral races down to county executive races.

Known for taking on races in the reddest of states, she has never backed down from a challenge. Even after a tough night in the mid-term elections for Democrats, it was New Blue clients who were still standing at the end celebrating over 20 victories that night. Decisive victories for Governor Maggie Hassan and Congresswoman Annie Kuster showed that even in the toughest states having New Blue on your side made a difference. In what many called the surprise victory of 14, Congressman Rick Nolan won re-election due in part to the huge infusion of grassroots donations from his email program.

Prior to New Blue, Taryn served as managing director for digital communications and finance for the Democratic Congressional Campaign Committee (DCCC) where she helped to elect more Democrats to the U.S. House by developing cutting-edge digital activities and breaking fundraising records. During her seven- year tenure, she increased the DCCC’s email list by over 400% and raised over $200 million dollars directly for the committee through grassroots outreach (mail, phone and email).  As a senior advisor and consultant to the DCCC’s program, she is credited with building the multi-million dollar digital program.

She was named as a 2013 Campaign Tech Innovator of the Year for her outstanding work and most recently her firm won the prestigious Reed Award from Campaigns and Elections magazine for Best Spanish Online Ad. Her clients have raised an outstanding $300 million collectively from grassroots efforts. Her work has also been recognized by the Institute for Politics, Democracy and the Internet with a Golden Dot award for “Online Dream Team” and multiple prestigious Pollie awards.

Taryn has literally counseled hundreds of campaigns with her training sessions and is a featured speaker and commentator on all things digital and political. She has been a featured speaker at Netroots Nation, Politics Online, AAPC, and Campaign Tech conferences and led countless training for the DCCC, Emily’s List, and the New Organizing Institute. This year, she was heard on All Things Considered on NPR talking about the how and why she was able to help Democrats raise so much money online.

Taryn has both her BA and MA in political science from American University in Washington, D.C. She lives in the Washington D.C. area with her husband, two children and oversized labradoodle. 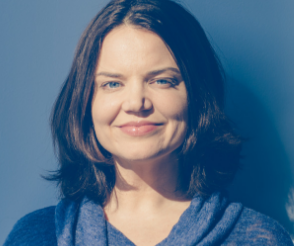