Tom Edmonds is a Republican Media Strategist with more than 25 years in campaign advertising and marketing. Tom has developed and executed media campaigns for candidates at all levels from Presidential to state legislative seats. He is best known for his firms’ independent expenditure campaigns for some of the most powerful advocacy groups in the nation such as the NRA, NFIB, and the Family Research Council. Acknowledging his expertise in this area, Campaigns & Elections magazine has dubbed Tom the “issue advocacy guru.”

In addition to his work with political candidates and organizations, Tom has produced several acclaimed documentaries, including the official White House documentary of the Reagan presidency: “Ronald Reagan: An American President”.

He has co-authored two political books. Additionally, he is past president of the American Association of Political Consultants, and, in 2005, was honored with its Lifetime Achievement Award.

Tom is currently a vice president of the International Association of Political Consultants. 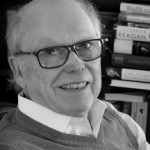