Tim Rosales is a Los Angeles native and the President and CEO of Rosales Johnson Agency, a nationally recognized full-service campaign, public affairs, advocacy, opinion research and media firm based on the West Coast.

Rosales has led some of the most high-profile & successful ballot measure, public affairs/issue advocacy, and gubernatorial and congressional campaigns. He’s worked to move public opinion and develop winning strategies for major corporations, organizations and trade associations. Over his career he has a earned a reputation for team-building, disciplined campaign management, leading-edge targeting and digital strategies, and several remarkable come-from-behind ballot measure wins across the country from California to Massachusetts.

Prior to moving full-time in the consulting sphere in 2005, he served as senior staff to former Congressman James E. Rogan and Chief of Staff to several members of the California State Assembly.

Rosales holds a Master of Business Administration from Drexel University and a Bachelor of Arts in Political Science from Azusa Pacific University. He serves on the national Board of Directors for the American Association of Political Consultants since 2013 and is a frequent political commentator for Fox40 News in Sacramento and has appeared on Bloomberg TV, CNN, and Fox News. In his spare time Rosales is a dedicated Dodgers and Chelsea FC fan, plays on several adult recreational soccer clubs and coaches youth sports. 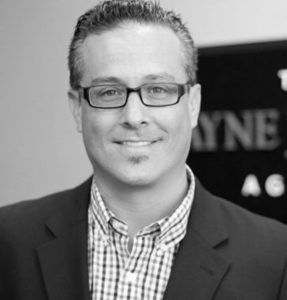