During the 2018 election cycle, Ward served as senior advisor to the first Tennessee female Senator, Marsha Blackburn, in her bid for the U.S. Senate; delivering an 11-point victory and winning 92 of Tennessee’s 95 counties.

Prior to founding Baker Group, Ward was executive director of the NRSC, the National Republican Senatorial Committee. As executive director, he was credited with helping Republicans hold the Senate Majority with 52 seats. NRSC Chairman, Senator Roger Wicker said of the 2016 victory, “hiring Ward was one of the best political decisions I’ve ever made”. For his work at the NRSC during the 2016 cycle, The American Association of Political Consultants (AAPC) named Ward the “Campaign Strategist of the Year.”

Ward played an indispensable role in winning this majority in 2014 as NRSC’s political director. Republicans gained nine Senate seats under his leadership, the largest wave by either party since 1980. During his tenure as political director, Baker organized what Senate Majority Leader McConnell has called one of the best recruiting classes of his lifetime. Ward was named the Republican MVP by the American Association of Political Consultants for his work during the 2014 cycle.

Ward has a wealth of experience running Victory programs and independent expenditure campaigns. He served as a senior political advisor to Governor Rick Scott’s 2010 campaign, the Republican State Legislative Committee, the Bush-Cheney ’04 campaign in Florida, and Haley Barbour’s successful 2003 gubernatorial campaign in Mississippi. Ward and his wife Jennifer have one daughter, Lillian. 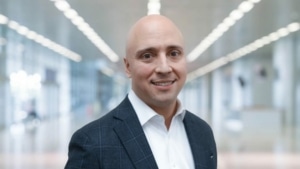