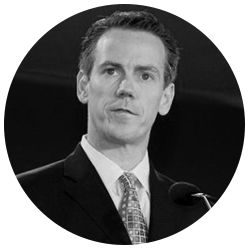 Prior to starting WPA Intelligence in 2004, Chris was Global Director of Research for Weber Shandwick International, the world’s largest public relations firm at the time. While at Weber Shandwick, Chris led research for Fortune 500 companies such as Coca-Cola, American Airlines, Kodak, Wells Fargo, and Boeing.

In 2016, as the Director of Research, Analytics and Digital Strategy for the Cruz for President campaign, Chris is widely credited for playing a key role in Cruz’s triumph in Iowa and helping the Texas Senator finish with the most delegates earned by a 2nd place finisher since Ronald Reagan in 1976. Using a meticulous, technologically advanced, and highly individual approach, Chris led the campaign to reach voters by predicting voter behavior based on ideological segments, personality modeling targeting each voter based on the issue most important to them.  You can read more about Chris’ Iowa work in Sasha Issenberg’s seminal Bloomberg piece, “How Ted Cruz Engineered His Iowa Triumph.”

During the 2018 cycle, WPAi provided analytics and polling for key races at the state and federal level around the country. WPA data propelled winning campaigns such as Ted Cruz and Greg Abbott in Texas, Governor Brian Kemp in Georgia, Governor Ron Desantis in Florida, Governor Kevin Stitt in Oklahoma, Senator Kevin Cramer in North Dakota as well as dozens of Members of Congress and down ballot races. WPA is also proud to have assisted campaigns that came up short such as Martha McSally in Arizona, Adam Laxalt and Dean Heller in Nevada, and Matt Rosendale for Senate in Montana. Following the election cycle, Chris was named Technology Leader of the Year by Campaigns & Elections at the 2019 CampaignTech Awards.

An Oklahoma native, Chris is a graduate of University of Oklahoma and Georgetown and remains an avid Sooner fan. In the rare instances that Chris isn’t working, he enjoys watching OU football and Thunder basketball, spending time with his sons, Denver and Carson, reading, and racking up impressive amounts of frequent flyer miles.  He is a regular political analyst on both Fox News and MSNBC.