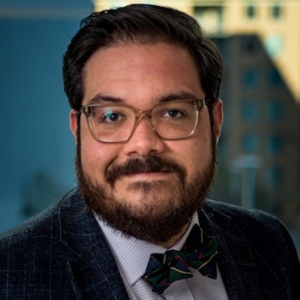 Eric Wilson is a political technologist driving innovation and digital transformation in the Republican party. He’s a veteran of numerous campaigns, having led Marco Rubio’s digital team during his 2016 campaign for president, served as digital director of Ed Gillespie’s campaign for Virginia Governor in 2017 and US Senate in 2014, and advised on digital strategy for the National Republican Senatorial Campaign in 2016 and the Liberal Party of Australia in 2016. In addition, Eric has held digital strategy roles at the American Action Network, Engage, and the House of Representatives.

Today, he is a Senior Vice President at Bullpen Strategy Group, an insights-focused public affairs advocacy and strategic advisory firm.

Eric is the managing partner of Startup Caucus, an investment fund and incubator for Republican campaign technology startups. Each week, he shares actionable tips and strategies for Republicans to build winning online campaigns at BestPracticeDigital.com.

Eric is the Director of the Center for Campaign Innovation, a non-profit research and training center guiding conservatives through the digital transformation of politics. Named Campaigns & Election’s “2021 Technology Leader of the Year” and a Harvard Ash Center Technology & Democracy Fellow (2019-2021), he’s frequently interviewed by the media about campaigns and technology and regularly speaks domestically and internationally about the digital transformation of politics.

Eric and his wife have a daughter and son and live in the Washington, D.C. area.