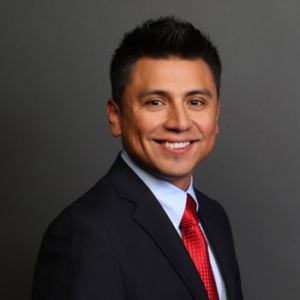 Moises Merino has over 15 years of political and public policy experience at the local, state and national levels. In 2015, he was named one of the “40 Under 40” best and brightest in the industry by the American Association of Political Consultants. He’s also been recognized for his accomplishments and featured by Latino Leaders Magazine. He has appeared on major television networks such as CNN, Univision, Telemundo, and TV Azteca.

Moises is one of the premier experts on the subject of the Latino vote. His methodological approach to messaging is a key component to gaining support for public policy initiatives. His strategic planning incorporates cultural and cross-cultural ideologies and values that help shape public opinion.

Moises is the founder of the Latino Leadership & Policy Forum and GROW Elect, an organization that has recruited, trained, and elected over 200 Latinos to public office. He has served as political director and advisor on a number of high profile campaigns, including Meg Whitman for Governor, John McCain for President, Arnold Schwarzenegger for Governor, and George W. Bush for President.

Moises is from East Los Angeles (Boyle Heights) and received a Bachelor of Arts degree in History with minors in Spanish Literature and Chicano Studies from UCLA. In addition, he went on to earn a Master of Public Administration degree.