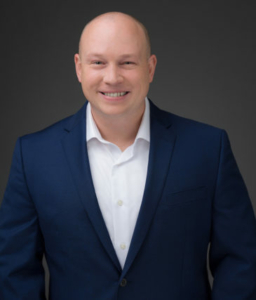 Tommy Knepper is President and Co-Founder of In Field Strategies, a nationwide grassroots firm that has employed over 11,000 people, working in 37 states over the past 5 years. Prior to starting In Field Strategies, Tommy served as the Pennsylvania State Director for the Republican National Committee in 2016 where he was instrumental in winning the state for the first time in 28 years. In 2014 Tommy was Campaign Manager for Carl DeMaio in California’s 52nd Congressional Race and served as Deputy Campaign Manager for the 2012 Mayors Race in San Diego, California.

Tommy has over 16 years of experience managing campaigns involving large-paid ground operations, worked as a District Director in the California State Assembly, the Director of Intern Recruitment in the City of San Diego District 7 office and in the Public Liaison Office for the 58th Presidential Inaugural Committee.

Tommy also served in the California Army National Guard as a Lieutenant for 6 years ending in 2014.

A graduate of the University of California, Los Angeles, Tommy received his bachelor’s degree in History and a minor in Political Science in June 2008 and currently resides in Charleston, South Carolina with his wife Anastacia Knepper and 4 children.