Harvey LeRoy Atwater, known universally as Lee, was one of the Republican Party’s best political tacticians.

Harvey LeRoy Atwater, known universally as Lee, was one of the Republican Party’s best political tacticians and strategic advisor of U.S. Presidents Ronald Reagan and George H.W. Bush.  Mr. Atwater’s life was built around a single passion: politics. “My entire adult life, I’ve had exactly one job, which is managing campaigns,” he said in 1989, on the day Mr. Bush named him chairman of the Republican National Committee. “I really had two goals in life: one, to manage a Presidential campaign and to be chairman of my party.”

“…a true patriot and public servant who believed in free elections and the democratic process.” 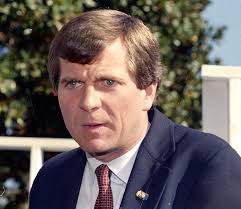