Former President Bill Clinton described his longtime friend and former aide Paul Begala as, “a witty dynamo from Sugar Land, Texas…who brought energy, focus and credibility to our efforts.” Secretary of State Hillary Clinton says Paul, “embodies a passion for populism with a commitment to civility, no easy feat.”

Tom DeLay, the former Republican House Majority Leader, named Begala as one of five architects of the coalition that ousted his party from power.  “I have never seen such a powerful coalition,” DeLay said.

And radio talk show host Rush Limbaugh has said of Paul, “He’s a lightweight…. If you don’t know who The Forehead is, Paul Begala, he’s the guy, the kid that played the banjo on the bridge in the movie Deliverance.”

Begala served as counselor to President Clinton in the White House, where he helped define and defend the Administration’s agenda, from the State of the Union Address to the economic, domestic and international issues the White House faces each day. With his partner James Carville, he was a senior strategist for the Clinton-Gore Presidential Campaign in 1992, and he has helped direct the political strategy of numerous other campaigns across the country and around the world, including advising politicians in Europe, Latin America, the Caribbean and Africa.

He helped his friend John F. Kennedy, Jr. launch the political magazine George and wrote the “Capitol Hillbilly” column. He is the author of several New York Times best-selling books, including Is Our Children Learning? The Case Against George W. Bush and Buck Up, Suck Up, and Come Back When You Foul Up.

Begala is an affiliated professor of Public Policy at Georgetown University and in 2007 was named the prestigious Carl Sanders Distinguished Scholar in Political Leadership at the University of Georgia School of Law.

Begala received his bachelor’s degree in government and his law degree from the University of Texas at Austin, where he was also the student body president. 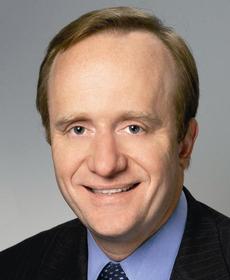