Raymond Strother is called the “consultant’s consultant” by his peers. Universities teaching campaign management named him “a living legend in 2003. He was a Resident Fellow of the Institute of Politics at Harvard, a member of the Journalism Hall of Fame at LSU and an Honorary Fellow at the University of Akron. He is a past president of the American Association of Political Consultants and has been inducted into the Gulf Coast Museum for his lifetime contribution to campaigns.

Strother is a frequent commentator on network television and was an analyst for the 2000 Vice Presidential Debates for PBS. E has written for the New York Times, Washington Post, Atlanta Constitution and scores of other publications. He also published a novel, Cottonwood. 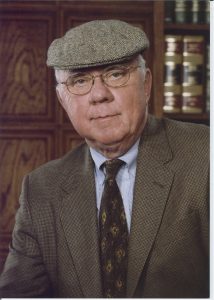