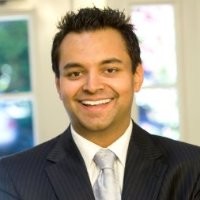 Chandra Sharma is a seasoned political strategist with an extensive background in voter targeting, demographics and the use of technology in the Political realm. He has served as a key player in numerous candidate and public affairs campaigns throughout the country, and is frequently called upon to provide his expertise in analyzing the effects of public opinion, ethnicity and voting behavior on a multitude of electoral issues.

His breadth of work also extends into the realms of online communications, digital media and web/data infrastructure. He has managed online campaigns for numerous candidates, issue advocacy groups and grassroots organizations, and has spearheaded several efforts to develop, adapt and implement new forms of technology for use in campaign ground operations, advocacy and data analysis/modeling.

Chandra was an active participant in the 2011 California Redistricting process, and is considered a leading voice on the subject, having worked on everything from municipal redistricting projects to full statewide map submissions and large-scale demographic analysis.

Despite operating primarily as a consultant, Chandra prides himself on his vast experience as a campaign operative, having gained on-the-ground experience at every level – from organizing and leading teams of volunteers up to managing a state legislative race. He has also served in a volunteer capacity on the boards of several Republican political organizations.

Chandra holds a Bachelor of Arts degree in Politics from The University of California, Santa Cruz. Originally a native of New Jersey, he now lives in Sacramento.