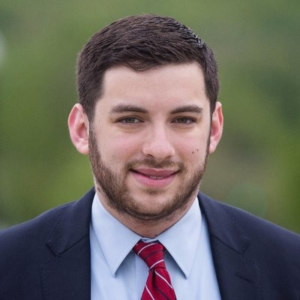 Nick has been involved in Republican politics in Western New York for more than ten years, working on local, state, and federal campaigns. He served as the chairman of the Corning City Republican Committee, was the youngest ever major party candidate for Mayor of the City of Corning, served on the boards of community organizations including the Finger Lakes Chapter of the American Red Cross and the Corning Area Young Professionals, and shared his experience in politics as a guest lecturer at Alfred State University and as a regular contributor for Elmira NBC affiliate WETM-TV.

In 2018, Nick was the Campaign Manager for Congressman Tom Reed in New York’s 23rd Congressional District, helping the Congressman win reelection in the DCCC-targeted district by 9 points. The following year, he went to Kentucky where he was the Campaign Manager for Attorney General Daniel Cameron, helping him make history as the first Republican elected Attorney General since 1948 and the first African American independently elected statewide in the history of the Commonwealth of Kentucky.

In his spare time, Nick enjoys reading, recreational shooting, and rooting for his beloved Buffalo Bills. He gives back in Washington, DC as a Reserve Police Officer with the Metropolitan Police Department.