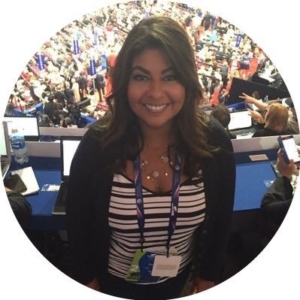 Seema Mehta is a political writer for the Los Angeles Times who covered the 2020 presidential campaign. She was a Knight-Wallace fellow at the University of Michigan for the 2018-19 academic year studying automation and AI and their impacts on voters in the Midwest. She previously covered the 2016, 2012 and 2008 presidential campaigns, as well as multiple gubernatorial, Senate and mayoral races. A graduate of Syracuse University, the East Coast native swore when she joined The Times in 1998 that she would only spend a few years on the Left Coast. Many years, a husband, a house and a few cats later, she can’t imagine living somewhere she couldn’t golf year-round.

For the past 10 years, Mitchell has also served as Vice President of the bi-partisan Political Data Inc where he works with both political parties, campaigns, nonprofits and universities, with a specialty in polling and survey data. Mitchell earned his Associates Degree from Orange Coast College, an Undergraduate from American University and Masters in Public Policy from USC.