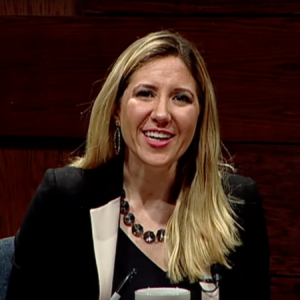 Amanda Vinicky is a correspondent and segment host who focuses primarily on Illinois government and politics—though her insatiable curiosity leads her to cover a little bit of everything. Vinicky joined “Chicago Tonight” in 2017, after spending a decade as the Statehouse Bureau Chief for NPR Illinois and the Illinois Public Radio network. She also co-hosted WSEC-TV’s “CapitolView,” and was a regular analyst on the “State Week” roundtable. Her work and analysis has been featured on shows including NPR’s “Morning Edition,” “All Things Considered” and “The Takeaway,” and she’s garnered top honors from the Illinois Associated Press and the Association of Capitol Reporters and Editors. Vinicky received her master’s degree in Public Affairs Reporting from the University of Illinois Springfield and has degrees in political science and journalism from the University of Illinois at Urbana-Champaign. She began her career in the Chicago suburbs (where she grew up) as a newspaper reporter. She loves mustard, hot sauce, podcasts, yoga and traveling (though she doesn’t do nearly enough of it).