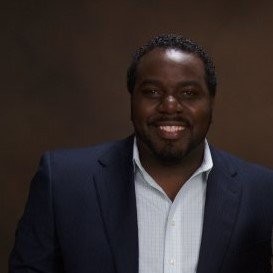 Derrick Osobase has served as the Legislative and Political Director for Communications Workers of America (CWA) for 17 years, leading the union’s political program in Texas, Missouri, Oklahoma, Kansas and Arkansas. CWA is one of America’s largest and most diverse unions, representing workers in the communications and information industries, news media, airlines, broadcast, cable television, public service, higher education, healthcare, manufacturing, and tech industries.

Derrick is a union organizer at heart and believes that our workplaces are one of the only places left in America where people from different backgrounds, gender, and orientation have an opportunity to build relationships and trust with each other. He believes that the strength of the labor movement comes from investing in member education that helps build their working class analysis, strengthen their organizing and leadership skills, and empowers them to take collective action at work and within their communities. In the last 10 years, Derrick has worked to build long term political capacity in the state by align labor unions and community organizations in Texas, running some of the largest Independent Expenditures that focuses on infrequent voters of color.

Born and raised in Corpus Christi, Texas, Derrick holds a B.A. in Political Science from the University of Texas at San Antonio. He now lives in Austin, Texas.