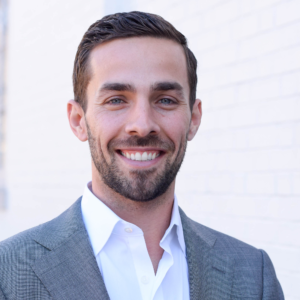 Elliott Echols has served as the Political Director at the RNC since February of 2021. Previously, Elliott was the National Field Director at the Republican National Committee, managing the Trump Victory field operation, which was the largest Presidential campaign in history. Elliott was also the Deputy National Field Director for the Republican National Committee in 2018 where he assisted in managing the RNC’s 29 state operation. During 2017 Echols managed the RNC’s operation in Virginia for the Ed Gillespie for Governor Campaign. It was the largest staff and voter contact operation in the history of the Commonwealth with 103 staff statewide and a nearly $3.5 million investment.

Originally from Rome, GA, Echols worked in state and local politics before joining the RNC in 2013. Throughout his time, he has worked with state and federal campaigns in nearly 40 states.

Echols holds a B.S. in Economics from Berry College. He currently resides in Washington, D.C., with his wife, Alyssa Echols, and son, Graham Echols.