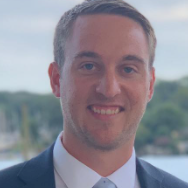 Prior to joining American Viewpoint, Josh worked as a client strategist for a major conservative data and analytics firm. In that role, Josh worked with hundreds of campaigns and consulting firms in races ranging from municipal elections to U.S. Senate and Governor races. He also worked with the NRSC and multiple state party committees and caucuses.

In 2020, Josh advised the campaigns of Senator Bill Cassidy and Senator Bill Hagerty. From putting together a campaign plan to the election night war room, Josh was a key contributor on analytics, data, and voter targeting strategy. In 2018, Josh advised the campaign of Senator Marsha Blackburn, which included managing the development and implementation of custom modeling that formed the basis for the campaign’s voter contact strategy and messaging. Josh was also a longstanding data advisor to the campaigns of Congresswoman Elise Stefanik and former Congressman Will Hurd.

Additionally, Davidson has experience as a campaign manager and political director for Congressional campaigns, as well as stints on Capitol Hill, at a major direct mail firm, and as a field staffer on a Presidential campaign.

Josh is an honors graduate of University of Massachusetts-Amherst. He and his wife Jillian live in Alexandria, VA with their dog Ziva.