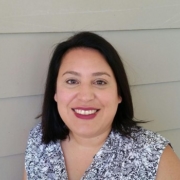 Katrina Mendiola is NEA’s National Political Director. She worked at NEA for over seven years before assuming her current role. During that time, she worked on the record-setting member engagement program for the 2020 election, the 2018 educator walkout in Arizona, and the 2016 Educators for Hillary campaign in Nevada.

Prior to coming to NEA, Katrina spent 20 years working in politics across the country with organizations including National Council of La Raza and Planned Parenthood. She serves on the boards of the Texas Freedom Network, Committee on States, and the New American Majority Advisory Board at the Democracy Alliance.