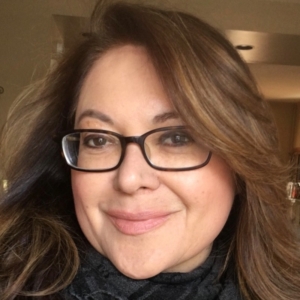 Lorena Chambers, PhD, CEO of Chambers Lopez Strategies LLC, is the only Latina — and one of only two women — to have produced broadcast commercials for a U.S. presidential campaign. In 2020, she was the media strategist for People For the American Way’s Latinos Vote campaign and the Latina strategist for Senate Majority PAC (SMP) to elect John Hickenlooper as the new U.S. Senator from Colorado. Dr. Chambers is also a Visiting Research Affiliate at Yale University.

A top-tier political consultant, Dr. Chambers was the media strategist in 2018 on behalf of PowerPAC’s Georgia I.E. campaign to elect Stacey Abrams as Governor in Georgia, in addition to working with SMP to elect Jacky Rosen as U.S. Senator from Nevada. She consulted with Priorities USA in 2016 and 2012 presidential cycles, leading the CLS team to develop and produce award-winning television and radio advertisements supporting the Barack Obama and Hillary Clinton. She also led the advertising strategies for I.E. expenditures on behalf of SEIU and PFAW to deliver 71% of Latino voters and re-elect President Obama in 2012.

Since 2000, Chambers has worked to turn Virginia blue by driving the awakening of Virginia Hispanic voters: she is a Founding Member of the Democratic Latinos of Virginia (DLOV) and media consultant in the successful Gubernatorial races of Governors Northam, McAuliffe, Kaine, and Warner. In Nevada, Chambers also helped elect Senator Catherine Cortez-Masto in 2016, and in 2010 she produced the winning I.E. advertising spots against Sharron Angle that led to the margin of victory for then-Senate Majority Leader Harry Reid in Nevada. In 2004, the John Kerry for President campaign chose Chambers to lead its Latino voter advertising campaign. Chambers was the lead strategist for the AFL-CIO’s civic engagement project to increase the number of Latino, women, and millennial voters for the 2016 elections; she continues today as an informal advisor. CLS includes AFSCME, SEIU, Community Change Action, PowerPAC, and American Bridge in their roster of clients.

A graduate of UCLA and the University of Michigan, where she received her doctorate in U.S. History, Dr. Chambers focused her graduate studies on the intersection of American history and feminist theory. Her dissertation analyzes how U.S. and Mexican statecraft, through cultural diplomacy, created long-lasting representations of Latinos in advertising and entertainment. She taught in the Department of History and the Department of Women’s Studies at the University of Michigan, and in the Department of Chicano/Chicana Studies at the University of California, Santa Barbara. Among other engagements, Dr. Chambers has appeared as a political analyst on CNN en Español, Univision, Telemundo, Perspectiva Nacional, and Destination Casa Blanca with Ray Suarez. She sits on the Board, the Ethics Committee, and the Executive Committee of the American Association of Political Consultants (AAPC).