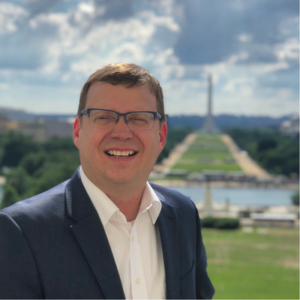 Mark Jefferson is currently the Executive Director of the Republican Party of Wisconsin.  It’s his second time in the position, having served in the same role from 2007 till 2011 under then state party Chairman Reince Priebus, helping elect Senator Ron Johnson and Governor Scott Walker in 2010.  Later, Jefferson worked at the RNC as a Regional Political Director and Director of Senate Majority Retention.  He also served three cycles as state director of Wisconsin’s Republican Assembly Campaign Committee during the early 2000s.