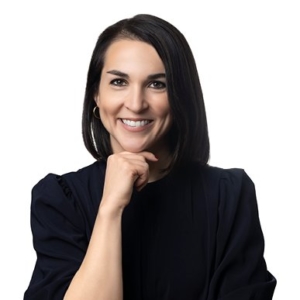 Molly Murphy is a top pollster and campaign strategist who has worked on some of the most consequential campaigns in recent history. Molly has experience with hundreds of statewide, congressional, and local races all over the country, helping elect Democrats in Republican and swing districts on top of making it possible for Democrats to prevail in competitive primaries. In addition to her work with candidates, Molly serves as a lead advisor for the DCCC, as well as closely supporting the DSCC and DGA to elect Democrats across the country.

In 2020, Molly is proud to have been part of North Carolina Governor Roy Cooper’s successful reelection campaign after helping him in his 2016 win – winning twice in a state that Trump won at the top of the ticket. In 2018, Molly helped Kyrsten Sinema navigate a tight race and become the first woman elected to the U.S. Senate from Arizona.

Molly has also overseen numerous victories at the congressional level, including the elections and reelections of Frontliners Tom O’Halleran (AZ-01) and Vicente Gonzalez (TX-15) as well as Ayanna Pressley’s (MA-07) successful primary win. In 2016 and in 2014, Molly worked on two of only a handful of Democratic congressional red-to-blue flips, and Impact has produced more successful Democratic pickups than any other firm.

In 2019, Molly was recognized as one of the American Association of Political Consultants’ “40 Under 40” and as “Pollster of the Year.”

Molly lives in Washington, D.C., with her husband Sean and their children Charlie and Maeve.