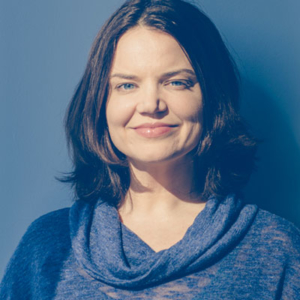 She is the founder and chief executive officer of New Blue Interactive, which has become a powerhouse firm over the last seven years, providing digital strategy services to large progressive organizations and the Democratic party committees as well as powerhouse figures like Senators Cory Booker and Dianne Feinstein. In addition, her clients include Senators & Congressional leadership and membership as well as Congressional challengers and mayors across the country. New Blue has worked in more than 48 states and has a wide variety of clients to some of the most moderate Democrats in the country to the most liberal. She has also counseled thousands of candidates, non-profits and companies on online strategies, grassroots fundraising and online advocacy through her work with EMILY’s List, Wellstone Action and Netroots Nation.

It was a great night for New Blue in November 2018. Taryn helped two of the biggest upsets in the country claim victory — longtime New Blue clients Senator Kyrsten Sinema’s win in Arizona and Governor Tony Evers defeat of Scott Walker in Wisconsin were the highlights. These long-time clients record-breaking fundraising and electoral success weren’t New Blue’s only reasons to celebrate on Election Night – New Blue also helped to re-elect all of their U. S. Senate clients including Sen. Joe Manchin in what was considered one of the toughest races in the country and helped to win races up and down the ballot including seven new Members of the U.S. House of Representatives.

Her clients attribute their grassroots fundraising hauls to her ability to create and innovate. She was recently named as a “40 under 40” of top political consultants by the American Association of Political Consultants. She was also named CampaignTech Innovator of the Year for her outstanding work and her firm has won multiple Pollie Awards as well as multiple Reed Awards from Campaigns and Elections magazine including the prestigious Reed Award for Best Spanish Online Ad, Best Fundraising Email Creative and Content and more. Her clients have raised an outstanding $300 million collectively from grassroots efforts. Her work has also been recognized by the Institute for Politics, Democracy and the Internet with a Golden Dot award for “Online Dream Team” and multiple prestigious Pollie and Reed awards for prior cycles. Taryn teamed up with Senator Bob Graham to contribute to his latest book, America the Owner’s Manual. She is a featured expert on utilizing digital.

Prior to New Blue, Taryn served as managing director for the Democratic Congressional Campaign Committee (DCCC) where she helped elect more Democrats to the U.S. House by developing cutting-edge digital activities and breaking fundraising records. During her seven-year tenure, she built from the ground up the DCCC’s digital fundraising program and raised over $200 million dollars directly for the committee through grassroots outreach. As a senior advisor and consultant to the DCCC’s program, she is credited with building the multi-million-dollar digital program that accounted for more than $70 million in just email revenue alone.

She has been a featured speaker at Netroots Nation, Politics Online, AAPC, and CampaignTech conferences and led countless training sessions for the DCCC, EMILY’S List, and the Wellstone Action/New Organizing Institute. She is a frequent commentator and has been seen on MSNBC, CNN, FOX News and heard on All Things Considered on NPR talking about how and why she is able to help Democrats raise so much money online.

Taryn has both her BA and MA in political science from American University in Washington, D.C. She lives in the Washington D.C. area with her husband, two children and oversized labradoodle.