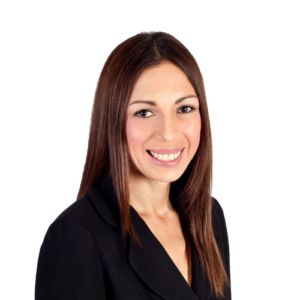 Before joining Latino Victory, Yvonne served on the leadership team of Supermajority, a member-based organization that trains and mobilizes women of all ages, races and backgrounds to advocate for gender equity and get out the vote.

Yvonne began her career with Planned Parenthood in Texas, where she spent nearly 15 years advocating for all Texans’ reproductive health and rights. As Vice President of Public Affairs for PP South Texas (PPST), Yvonne worked throughout the region to build support for the organization with elected and community leaders and partner organizations. Yvonne then moved up to lead as Vice President of Public Affairs and Government Relations at Planned Parenthood Gulf Coast (Texas and Louisiana) where she successfully lobbied state legislatures in Texas and Louisiana and oversaw grassroots organizing efforts. In 2014, Yvonne co-founded Planned Parenthood Texas Votes (PPTV), the advocacy and political arm of Planned Parenthood in Texas. She served as its first executive director, holding the position for over five years. Dedicating her life to civic engagement, Yvonne serves as vice-chair of the board of directors for Rewire News and as a board member of the Workers Defense Action Fund. Most recently, Yvonne was selected to serve on the advisory board for the Gender Equity Action Fund.