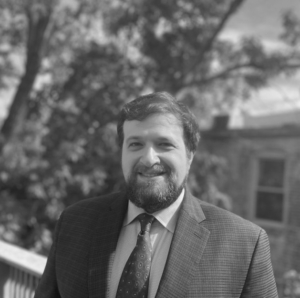 Matt is a veteran political data scientist with experience providing modeling, analytics, and strategic consulting to clients at all levels of politics, from state and local races to senatorial and presidential campaigns and national committees. In addition to working with clients, he oversees our Data Science department and our modeling and targeting processes, products, and operations.

Matt earned his M.A. and M.Phil. (Ph.D. ABD) in Political Science at Yale, and uses that background to focus on leveraging social science, political psychology, and statistics to win elections.

Matt was the primary data scientist behind the creation of the Republican National Committee’s Voter Scoring system, building the target selection system and most of the metrics and prediction systems that became the backbone of the GOP’s 2014 data resurgence. During the 2016 cycle, he redesigned the modeling system from scratch and massively increased its scale and speed, turning it into the largest microtargeting effort ever attempted and producing 51 billion predictions.

In the 2018 cycle, he joined WPAi, designing the WPAi Guided Analytics System, the WPAi Daily Tracking Models system and other products, and delivering analytics for numerous clients. His RNC work won the 2015 Reed Award for “Best Use of New Technology,” the 2015 and 2017 Gold Pollie Awards and 2019 Silver Pollie Award for “Best Use of Analytics,” and his work for McConnell for Senate also won the 2015 Bronze Pollie Award in the same category. His work on Modeling for Ethnoreligious Targeting and the Ann Wagner for Congress field program also won both Gold Pollies in that category.

This accounts for six of the eleven Best Use of Analytics Pollies awarded over the past three on-years. His WPAi Guided Analytics Platform also won the Reed Award for Best Analytics Solution. In 2019, he was named one of the 40 Under 40 by the American Association of Political Consultants.

He previously served as Chief Data Scientist at TargetPoint Consulting and Principal at MRK Strategic. When not working to elect Republicans, Matt is an amateur chef and board game player.