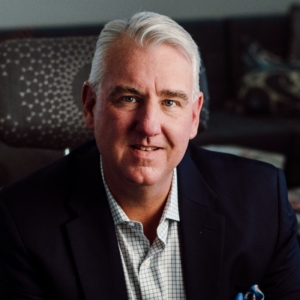 Trey Richardson is managing partner of Sagac Public Affairs and GR Pro, national companies providing issue advocacy, communication, market research, fundraising and electioneering solutions to hundreds of corporations, trade associations and political groups. Known for his creativity, he has influenced political finance and advocacy activities throughout the United States for more than 30 years. His legislative experience at the federal, state and local levels of government allows him to serve a broad constituency of business interests. Trey also heads numerous organizations engaged in issue advocacy and independent expenditure activities to positively affect outcomes for pro-business candidates and initiatives.

Prior to his firms, Trey led the political committee of the National Association of Realtors, as well as serving as Vice President of Government Affairs for both the Oklahoma and the Greater Orlando Associations of Realtors where he lobbied for real estate and business development efforts. While at NAR, he was responsible for planning and operations for the raising and distribution of all political funds, as well as the Association’s grassroots and issue advocacy efforts.

Trey began his career at the Oklahoma Republican Committee in 1986 under Congressman and then-Chairman Tom Cole. There, he led field operations for special elections, congressional and gubernatorial campaigns. Upon leaving the Realtors, he continued his political career path to the 2000 and 2004 Bush/Cheney Presidential campaigns and the Republican National Committee. He is a veteran campaign fundraiser having led finance and strategy teams for numerous presidential, congressional, gubernatorial and legislative candidates throughout the U.S.

His firms have been recognized with 96 national advertising and television awards in the last eight years for issue advocacy, electioneering and fundraising campaigns. Trey has been named as one of the “Top Political Leaders in America” by Campaigns and Elections Magazine and has received numerous awards for association and corporate government affairs programming.

Trey is a highly quoted media source and speaker on advocacy operations, campaign finance and compliance for hundreds of news outlets and trade associations. He is also a prolific writer and publisher of numerous articles, research studies and whitepapers on the political economy, electioneering, public affairs and business issues.